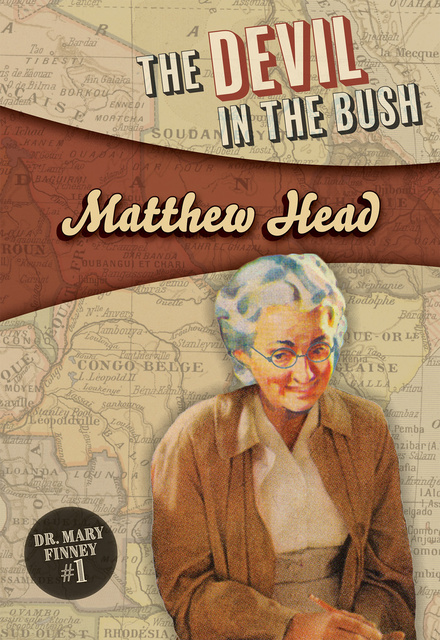 The Devil in the Bush

The Devil in the Bush

A missionary doctor is on the hunt for a killer in the Belgian Congo in this 1945 mystery series debut exploring WWII-era Colonial Africa.

World War II is raging, but in this dusty backwater of the Belgian Congo, the biggest problem is finding a cold beer. That’s the case, at least, for Hooper Taliaferro, a U. S. government gofer sent to Africa on a vague errand related to the war effort. What he finds at the failing Congo-Ruizi plantation won’t help the Allies much. Like colonialism itself, the owner is dying of a slow poison, and not even his wife—let alone his staff—can muster the energy to care.

Good thing Hooper isn’t showing up alone. With him is Dr. Mary Finney, a medical missionary who knows a homicide when she sees one. Middle-aged and unassuming, Mary is used to being underestimated. But with her quick mind and blunt manners, she doesn’t suffer fools—or murderers—lightly.