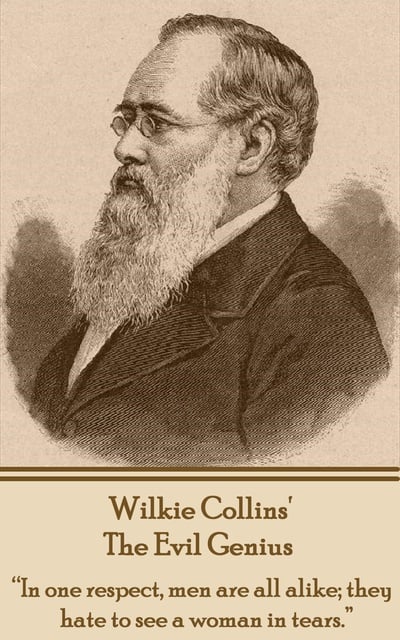 The Evil Genius: "In one respect, men are all alike; they hate to see a woman in tears."

The Evil Genius: "In one respect, men are all alike; they hate to see a woman in tears."

The Evil Genius is Wilkie Collins’s novel about marital complications, adultery, divorce and child-custody. Herbert Linley engages in an illicit romantic relationship with his daughter’s governess, Sydney Westerfield. Sydney leaves the house after being caught by Herbert’s mother-in-law, yet she returns when little kitty falls seriously ill and asks for her beloved governess. As things get more and more complicated, it is Catherine who decides to leave her husband this time. She takes her daughter with her and goes into hiding for fear that the child’s custody would be given to the father. Later, Catherine divorces Herbert and the narrative describes the daily sufferings of little Kitty who is bereft of both her father and her governess. Captain Bennydeck, a friend of Sydney’s dead father, is later introduced in the story. When he comes looking for Sydney, he falls in love with Catherine and only withdraws his proposal to her when he learns that she is a divorced woman. The narrative closes when Sydney, being tormented by her guilty conscience, decides to withdraw from Herbert’s life. In the end, Catherine is pushed by Kitty to reunite with her husband and Sydney is hired by Captain Bennydeck as his personal secretary.