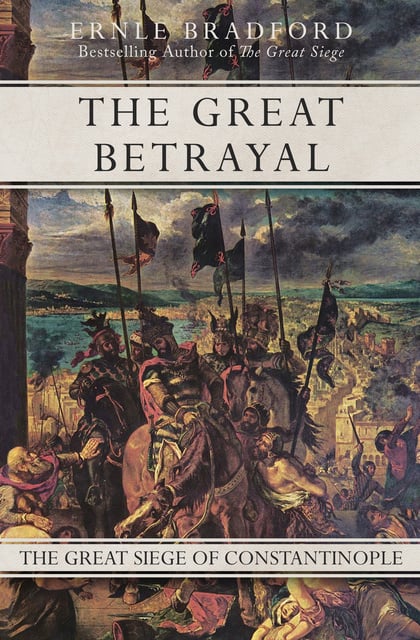 The Great Betrayal: The Great Siege of Constantinople

The Great Betrayal: The Great Siege of Constantinople

An engrossing chronicle of the Fourth Crusade and the fall of the Holy Roman Empire, from the bestselling author of Thermopylae.
At the dawn of the thirteenth century, Constantinople stood as the bastion of Christianity in Eastern Europe. The capital city of the Byzantine Empire, it was a center of art, culture, and commerce that had commanded trading routes between Asia, Russia, and Europe for hundreds of years. But in 1204, the city suffered a devastating attack that would spell the end of the Holy Roman Empire.

The army of the Fourth Crusade had set out to reclaim Jerusalem, but under the sway of their Venetian patrons, the crusaders diverted from their path in order to lay siege to Constantinople. With longstanding tensions between the Roman Catholic and Eastern Orthodox churches, the crusaders set arms against their Christian neighbors, destroying a vital alliance between Eastern and Western Rome.

In The Great Betrayal, historian Ernle Bradford brings to life this powerful tale of envy and greed, demonstrating the far-reaching consequences this siege would have across Europe for centuries to come.