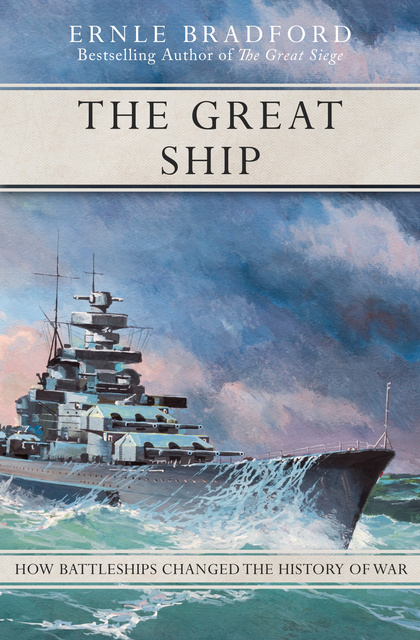 The Great Ship: How Battleships Changed the History of War

The Great Ship: How Battleships Changed the History of War

The evolution of the battleship through centuries of war, told by a nautical expert and author of The Mighty Hood.

During its reign from the sixteenth century to the mid-twentieth, the battleship was the most powerful weapon of war known to man. Strategically, it determined a war’s outcome. Tactically, it dominated every sea battle. But at the Battle of Taranto in 1940 and the attack on Pearl Harbor in 1941, carrier-borne aircraft made a decisive display of superiority over the once-mighty battleship. Thus World War II heralded the end of the era of The Great Ship.

In The Great Ship, noted naval historian Ernle Bradford traces the evolution of battleships through centuries of conflict and innovation. Selecting one or two ships from each period, Bradford illustrates their use in action and the significant roles they played in the course of history.