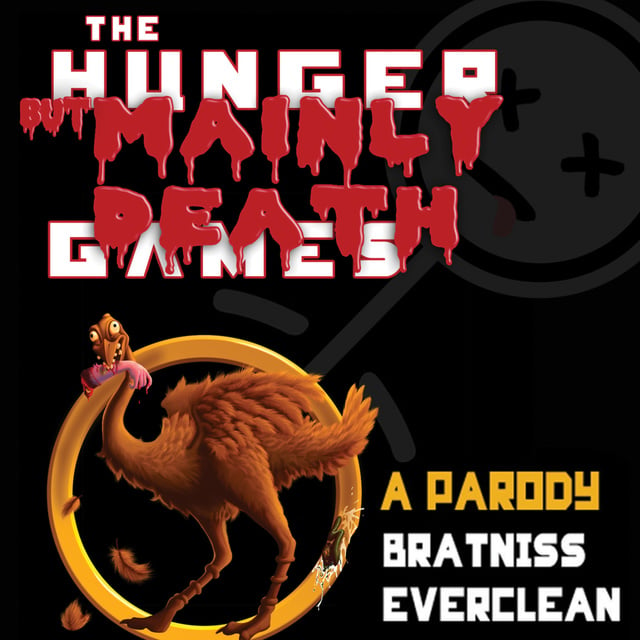 Mockstrich season has begun. Welcome to The Hunger But Mainly Death Games, the hilarious Hunger Games parody, and the only book brave enough to suggest that Suzanne Collins's epic trilogy was way more about death than food.Or at least this is what Bratniss Everclean discovers, when she leaves the comforts of Slum 12, Pandumb's garbage dump, to shortsightedly volunteer for a teenage death tournament. But she soon realizes there are fates worse than death . . . like weirdly having to date her fellow competitor, and lifelong stalker, Pita Malarkey. Okay, okay, it's not worse than DEATH, but it's still pretty annoying.Still, with help from her agent Oofie Triptrip and her mentor, Hagridmitch, who's pretty sure he can guide Bratniss to victory in the Tri-Wizard Cup, maybe Bratniss will somehow survive this book that she's the narrator of. The Hunger But Mainly Death Games is the perfect book for anyone who's going through Hunger Games withdrawal and ready for a wonderfully twisted take on their favorite story and characters. This book is also for the unfortunate teens who are trapped in a Hunger Games at this very moment and could really benefit from some levity. We're here for you, assuming you brought your books into the arena. 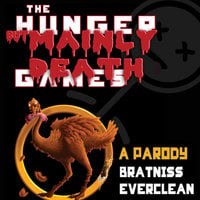