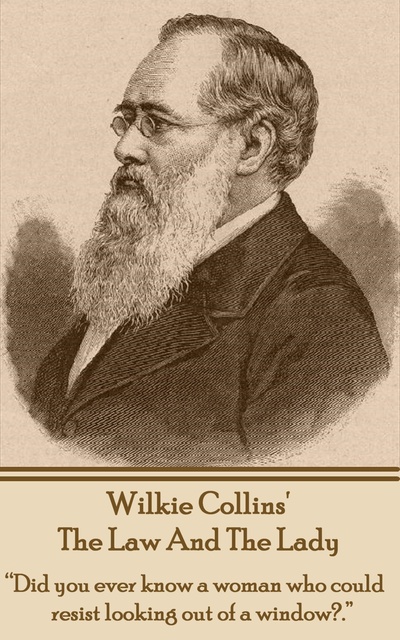 The Lady & The Law: "Did you ever know a woman who could resist looking out of a window?"

The Lady & The Law: "Did you ever know a woman who could resist looking out of a window?"

Published many years before the publication of Conan Doyle’s The Adventures of Sherlock Holmes, The Law and the Lady (1875) is one of the earliest detective novels of the English tongue. Its author, Wilkie Collins, is also the author of the bestselling Gothic novels entitled The Woman in White and The Moonstone. The plot in The Law and the Lady follows Valeria and Eustace who get married and go for honeymoon. Just a few days after marriage, Valeria suspects something strange about her husband’s behavior. She notices that he is trying to hide something from her. She later discovers that Eustace was earlier accused of murdering his first wife and that he was investigated and sentenced by a Scottish court. Lacking necessary convicting evidence, the court’s verdict was “not proven,” insinuating that the jury believed in his guilt though they could not prove it. Convinced of her husband’s innocence of the crime, Valeria is determined to find the necessary proof. She is helped in her detective mission by the weird genius Miserrimus Dexter and his cousin Ariel. Together, they finally succeed in untangling the details of the mysterious death.