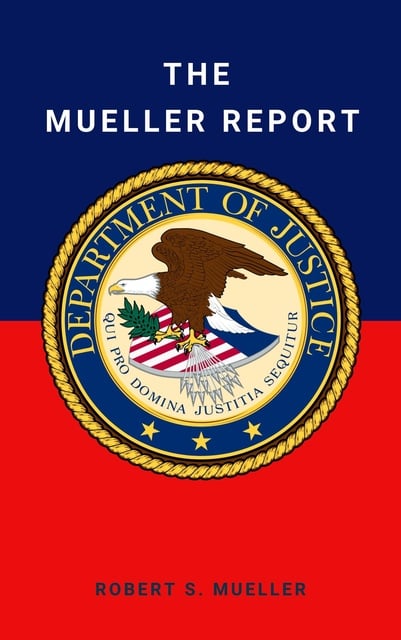 Features the unabridged Special Counsel's declassified report
The introduction features Attorney General William Barr's four-page summary letter to Congress
Professionally formatted book—this is not just a scanned photocopy of the report
The eBook and Kindle editions are fully compatible with all devices
Robert Mueller and a team of agents was assigned by the U.S. Justice Department in the spring of 2017 to investigate accusations of collusion between President Donald Trump and Russian operatives. This is the complete text of the declassified report.

This report has been the focus of nearly two years of efforts by the Department of Justice employing 40 FBI agents and 19 lawyers who used over 509 warrants and interviewed nearly 500 witnesses. The controversy erupting from the many sides of the investigation has occupied two years of major news media coverage.

"The report does not recommend any further indictments, nor did the Special Counsel obtain any sealed indictments that have yet to be made public."

The book also features an introduction. The four-page summary letter to Congress by Attorney General Barr is provided to orient the reader to this large text. This special feature allows readers to gain a better perspective of the volume in its entirety. The investigation originally threatened to take down Donald Trump's presidency. After the report was made available, the impact is unclear.

Get your copy of this historic book today!