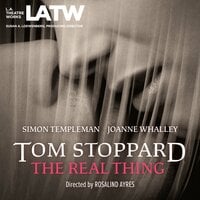 Recorded in Los Angeles before a live audience at the Skirball Cultural Center in November 2008.