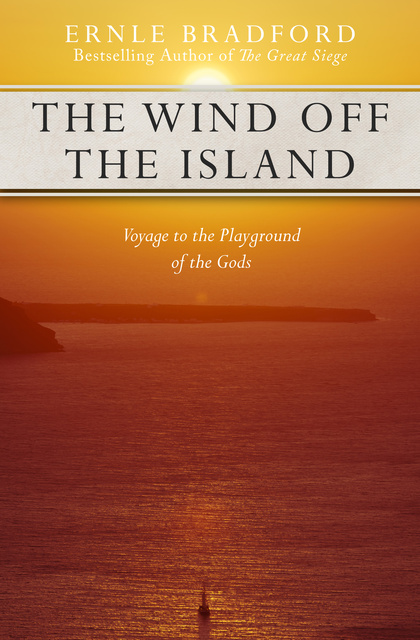 The Wind Off the Island

The Wind Off the Island

The bestselling author of The Journeying Moon explores the history and culture of Sicily in this colorful travel memoir.

In his memoir The Journeying Moon, historian Ernle Bradford recounts the call to adventure that brought him and his wife, Janet, to a life on the sea. Continuing their adventures aboard the Mother Goose, Bradford and Janet now voyage around the island of Sicily, where the couple explores the land and learns its captivating history.

Home to ancient temple ruins, charming villages, and Mount Etna, the largest active volcano in Europe, Sicily provides the perfect backdrop for this tale of exploration and wonder. In a model travel narrative, Bradford captures the sights, sounds, and flavors of Sicily in his lively portrayal of an excursion across an ancient and extraordinary island, a part of Italy and yet a world unto itself.