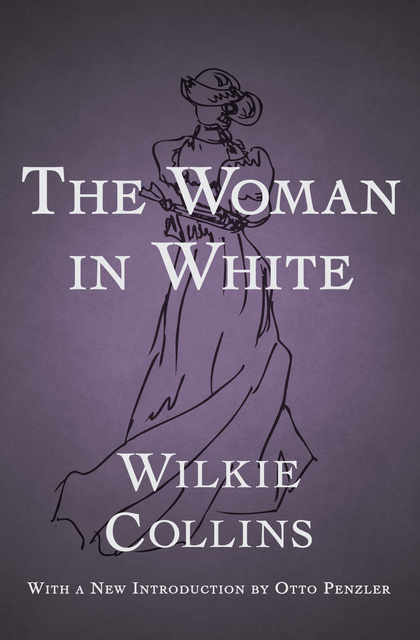 The first and greatest sensation novel, a thrilling story of evil thwarted and love reclaimed

The night before he leaves London for a temporary engagement in the North of England, drawing instructor Walter Hartright walks home on an empty, moonlit road. Suddenly a hand reaches out of the darkness and touches him on the shoulder. Terrified, he turns to find a woman, dressed all in white, who begs him for help in getting to a friend’s place in the city. By a strange coincidence, the woman knows Limmeridge House, the country estate to which Walter is traveling in the morning. Stranger still, she refuses to reveal anything else about herself, including her name. Only after he sees her safely into a cab does Walter learn the truth—the woman in white has just escaped from an insane asylum.

In Limmeridge, Walter falls in love with one of his students, the beautiful and virtuous Laura Fairlie. An orphan in the care of her invalid uncle, Laura is engaged to Sir Percival Glyde, a baronet. She follows through with the marriage despite her feelings for Walter, but soon realizes her mistake. Sir Percival will stop at nothing to gain complete control of Laura’s inheritance, and his diabolical plot hinges on her astonishing resemblance to the mysterious woman in white. It is up to Walter and Marian, Laura’s devoted half-sister, to rescue fair Laura from a fate worse than death.

With its shocking twists and spine-chilling suspense, The Woman in White charted a whole new course for popular fiction. Devilishly entertaining and deadly serious in its indictment of Victorian marriage laws that impoverished women, it is widely recognized as one the nineteenth century’s finest novels.

This ebook features a new introduction by Otto Penzler and has been professionally proofread to ensure accuracy and readability on all devices.