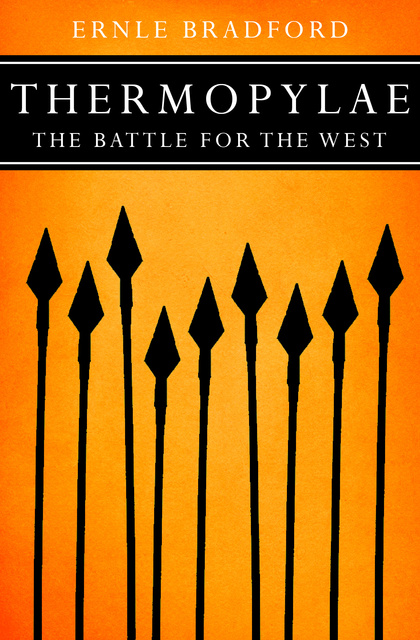 Thermopylae: The Battle for the West

Thermopylae: The Battle for the West

An account of the ancient battle between Persia and the alliance of Greek city-states, including the legendary “300 Spartans.”

In 480 BCE, Persian king Xerxes led a massive invasion of Greece. A critical point in this invasion was the battle for the pass at Thermopylae—“Hot Gates” in Greek. Xerxes had amassed one of the largest armies yet known to man, while Leonidas’s troops, a group of united Spartans, Thespians, Thebans, and others, including slaves, were a small fraction of the Persian horde.

Despite the overwhelming odds, Leonidas and his men stood their ground for three days in a historic display of patriotism and courage. In Thermopylae: Battle for the West, acclaimed author Ernle Bradford covers the entire era of the invasion—from the foundation of the Persian empire to the accession of Darius all the way to the final, bloody battles—in a fascinating and accessible look at warfare in ancient times.