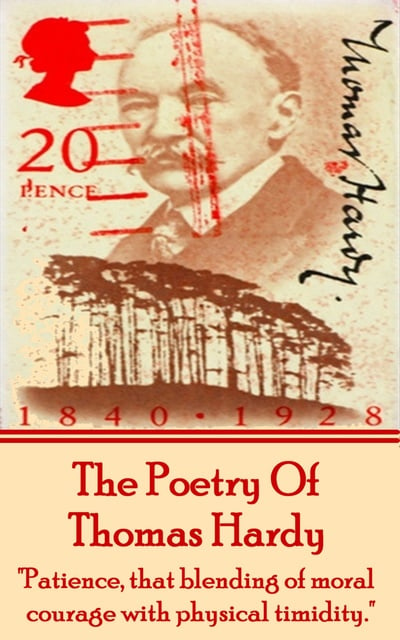 Thomas Hardy, The Poetry Of: "Patience, that blending of moral courage with physical timidity."

Thomas Hardy, The Poetry Of: "Patience, that blending of moral courage with physical timidity."

The Poetry Of Thomas Hardy – An Introduction. Many giants of Literature originate from the shores of these emerald isles; Shakespeare, Dickens, Chaucer, The Brontes and Austen to which most people would willingly add the name Thomas Hardy. Far From The Madding Crowd, Tess Of The D’Urbervilles, The Mayor Of Casterbridge are but three of his literary masterpieces. But let us go further and add to his canon his Poems. Hardy himself thought he was a poet who wrote novels purely for the money. Indeed his poems were not published until he was in his fifties after his major novels were published and his reputation set. Today his poetry is more rightly regarded in its own right. Many of these poems are also available as an audiobook read for you by James Taylor, Gideon Wagner, Richard Mitchley, Tim Graham and Ghizela Rowe and available at iTunes, Amazon and other digital stores.