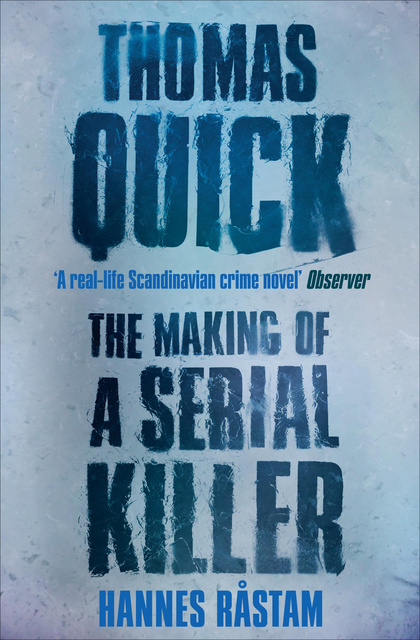 Thomas Quick: The Making of a Serial Killer

Thomas Quick: The Making of a Serial Killer

This journalist’s revealing investigation into the notorious case of Sweden’s most prolific serial killer reads like “a real-life Scandinavian crime novel” (The Observer, UK).

In 1992, Thomas Quick confessed to the murder of an eleven-year-old boy who had been missing for twelve years. Over the next decade, Quick confessed to more than thirty unsolved murders, revealing that he had maimed, raped, and eaten the remains of his victims.

In the years that followed, investigative journalist Hannes Råstam became obsessed with Quick’s case. He studied the investigations in forensic detail. He scrutinized every interrogation, read and re-read the verdicts, watched the police re-enactments and tracked down the medical records and personal police logs—until finally he was faced with a horrifying uncertainty.

In the spring of 2008, Råstam travelled to where Thomas Quick was serving a life sentence. He had one question for Sweden’s most abominable serial killer. And the answer turned out to be far more terrifying than the man himself . . .

“Sweden’s most suspenseful murder mystery may not be a fictional account from Stieg Larsson or Henning Mankell. It may end up being the true story of Thomas Quick.” —The Wall Street Journal