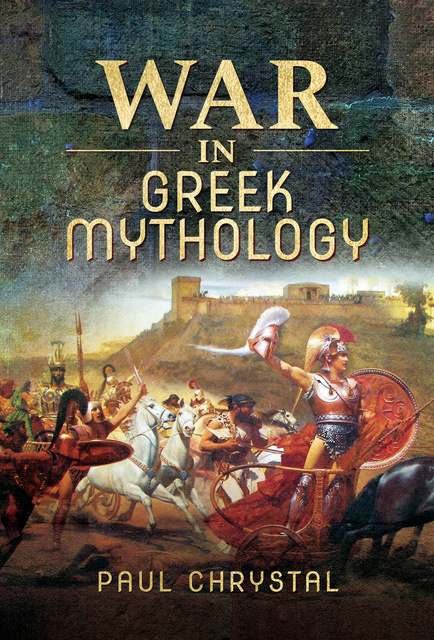 A study of the Greek mythological wars between Olympians, Titans, giants, centaurs, lapiths and humans, and their significant influence on later cultures.

Even though war and conflict generally feature prominently in Greek mythology, comparatively little has been written on the subject. This is surprising because wars and battles in Greek mythology are freighted with symbolism and laden with meaning and significance—historical, political, social and cultural. The gods and goddesses of war are prominent members of the Greek pantheon: the battles fought by and between Olympians, Titans, giants and Amazons, between centaurs and lapiths, were pivotal in Greek civilization. The Trojan War itself had huge and far-reaching consequences for subsequent Greek culture.

The ubiquity of war themes in the Greek myths reflects the prominence of war in everyday Greek life and society, which makes the relative obscurity of published literature all the more puzzling.

This book redresses this by showing how conflict in mythology and legend resonated loudly as essential, existentialist even, symbols in Greek culture and how they are represented in classical literature, philosophy, religion, feminism, art, statuary, ceramics, architecture, numismatics, etymology, astronomy, even vulcanology.

Praise for War in Greek Mythology

“An excellent study of the more military of the Greek myths, telling the stories while also acknowledging the many different versions of so many of them, and also the varying attitudes of the ancient Greeks to these stories.” —History of War