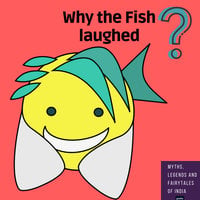 Why The Fish Laughed

In this story, a Queen calls a fisherwoman who is selling the fish. But the laughing fish offend the Queen, who is both hurt and teary eyed. She narrates her story to her husband the King, who in turn orders his minsiter to find out the reason behind the strange behaviour of the fish. The minister in turn gives the task to his son. But will the son be able to solve the mystery? If not, what will happen to him and his father? Listen to this story to learn more. This story was revised and rewirtten by Amar Vyas and narrated by Sheerali Biju for gaatha story (https://gaathastory.com). Theme music titled Frost Waltz, other music effects (Mysterious March, Music Box Theme) by Kevin Macleod from Incompetech.com. Other sound effects from Soundbible and Audionautix.com,eative commons license.