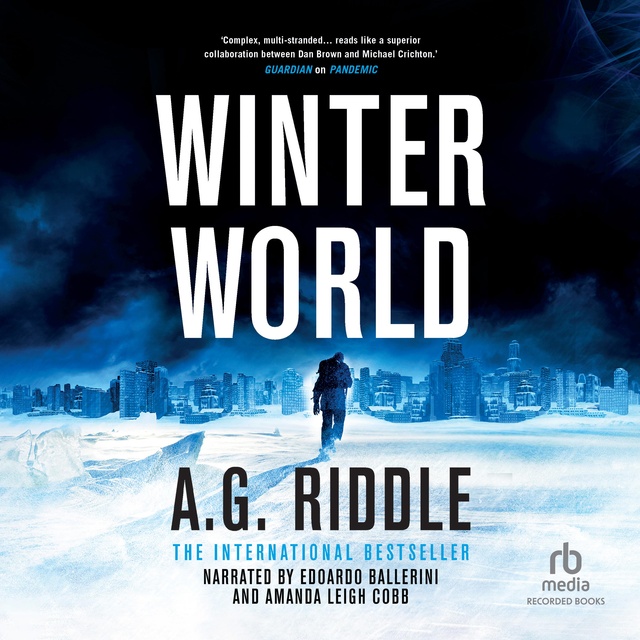 The Martian meets Interstellar in the new sci-fi thriller from A.G. Riddle, the worldwide bestselling author with over FOUR MILLION COPIES SOLD and translations in two dozen languages. * * * A new ice age on Earth. A mysterious object in space. And a desperate mission to save humanity from extinction. * * * Each month, Earth grows colder. Snow falls in summer. Glaciers trample cities across North America, Europe, and Asia. Chaos erupts. Around the world, people abandon their homes, fleeing the cold, flocking to regions where they can survive the new ice age. Nations prepare to go to war for the world's last habitable zones. NASA and other scientific organizations search for answers. Why is the world cooling when they expected it to grow warmer? They send probes into the solar system to collect readings. Out there, in the dark expanse of space, they find something no one expected: a mysterious object, drifting toward the sun. Could it be responsible for the new ice age? And if so, can we stop it? Or is the artifact merely an observer? Or neither? Could it be a relic from a long-extinct civilization? One thing is certain: investigating the object is humanity's best hope of survival. As the ice age claims more lives and the world slides into anarchy, an international consortium launches a mission into space to study the object and make contact. But the first contact mission doesn't go as planned. What the crew discovers out there is beyond anyone's imagination. Two members of the first contact mission may hold the keys to humanity's salvation. Dr. Emma Matthews is the commander aboard the International Space Station. For months, she has watched the world below freeze and civilization unravel. The headlines tell only half of the story. The messages from her sister tell the rest, of a world witnessing mass migrations, fighting for survival, struggling to provide a future for their children. When a catastrophe strikes the ISS, Emma faces her own fight for survival. Dr. James Sinclair is one of the greatest scientists alive. A mind before his time. Years ago, he invented something with the potential to change the world--an invention that would upset the balance of power in the world forever. Fearing that change, his enemies sent him to prison for a crime he didn't commit. But with humanity's future at stake, NASA asks him to join the first contact mission. His expertise is vital to the mission's success--and to saving Emma. With the clock ticking down to humanity's final days on Earth, James makes a decision that will change his life forever and may determine the fate of the entire human race. * * * Praise for A.G. Riddle ".reads like a superior collaboration between Dan Brown and Michael Crichton." -- The Guardian on Pandemic "I finished the book fast because I just couldn't wait." -- WIRED GeekDad on Departure "Riddle. keep(s) the focus on his characters. rather than the technological marvels" -- Publisher's Weekly on Departure "Well-constructed and tightly-wound as a fine Swiss watch-DEPARTURE has non-stop action, an engaging plot and, of course, wheels within wheels." -- Diana Gabaldon, bestselling author of Outlander 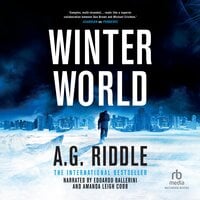