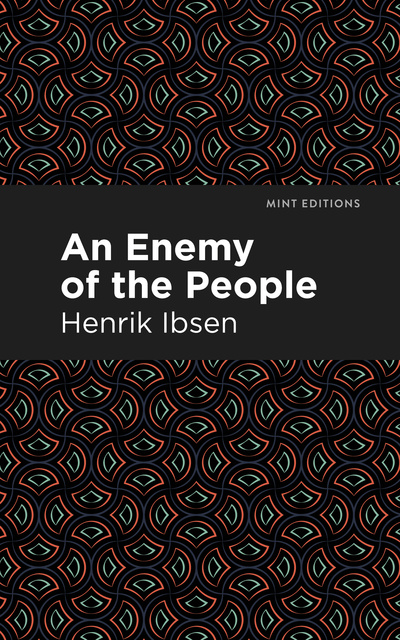 Dr. Thomas Stockmann’s personal and professional life is attacked after he declares a town’s water supply is contaminated, which threatens the success of their economy. Ibsen tackles the corruption of local politicians, and their effect on the people.

After thorough examination, Dr. Thomas Stockmann discovers an unsettling truth about his town’s water system. He believes its polluted and attempts to alert the proper authorities. Yet, this revelation threatens the town’s economy, which depends on the success of its spa business. Stockmann’s brother is the mayor and wants the story hidden from the public. He conspires with other politicians to protect their investment, despite the doctor’s warning.

With An Enemy of the People, Ibsen criticizes the selfish nature of man. It centers a powerful minority that chooses profit over people. The writer exposes the dangers of honesty in a world fueled by lies.

With an eye-catching new cover, and professionally typeset manuscript, this edition of An Enemy of the People is both modern and readable.