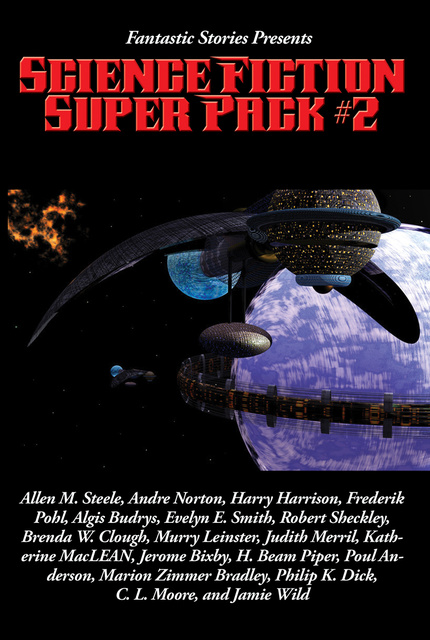 More than 25 of the greatest Science Fiction stories ever written—many in eBook form for the very first time. More than four hundred pages of top flight fiction selected by the editors at www.fantasticstoriesoftheimagination.com, including 'Ticking' by Allen M. Steele; 'All Cats are Gray' by Andre Norton; 'The Velvet Glove' by Harry Harrison; 'The Day of the Boomer Dukes' by Frederic Pohl; 'The Troubadour' by Peter Sherman; 'Riya's Foundling' by Algis Budrys; 'Asleep in the Forest of the Tall Cats' by Ken Brady; 'Stairway to the Stars' by Larry Shaw; 'Nightmare on the Nose' by Evelyn E. Smith; 'Ask A Foolish Question' by Robert Sheckley; 'Earthlight' by Bryce Walton; 'The Maiden Mechanical' by Brenda W. Clough; 'Nightmare Planet' by Murray Leinster; 'Regeneration' by Charles Dye; 'Exile from Space' by Judith Merril; 'Flight From Tomorrow' by H. Beam Piper; 'Dignity' by Jay O'Connell; 'Contagion' by Katherine MacLean; 'Suite Mentale' by Randall Garrett; 'The Slizzers' by Jerome Bixby; 'The Fourth Invasion' by Henry Josephs; 'Genesis' by H. Beam Piper; 'The Hills of Home' by Alfred Coppel; 'Sentiment, Inc.' by Poul Anderson; 'This World Must Die!' by H. B. Fyfe; 'Death Between the Stars' by Marion Zimmer Bradley; 'The Eyes Have It' by Philip K. Dick; 'Song in a Minor Key' by C. L. Moore; and 'Fridays' by Jamie Wild.