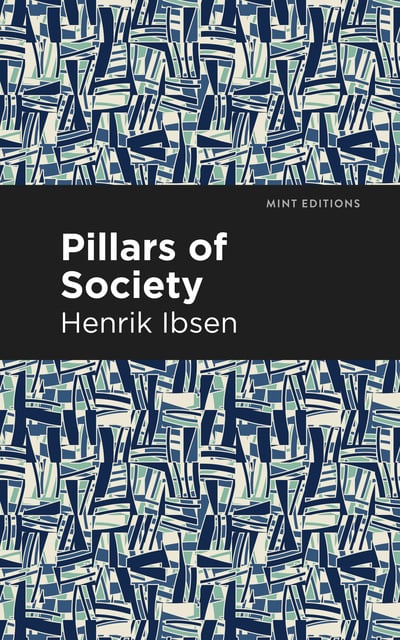 The arrival of Karsten Bernick’s brother-in-law leads to a series of revelations, exposing a tumultuous history that could destroy his marriage and thriving business empire. To ensure his future, Karsten goes to great lengths to protect his secrets.

Karsten Bernick is a successful businessman and prominent figure in a small Norwegian town. While planning his next big venture, he is startled by the arrival of his brother-in-law, Johan Tønnesen. Johan left 15 years earlier after taking the blame for an indiscretion Karsten committed. Now, he plans to clear his name and create a new life for himself. Johan demands Karsten tell the truth so he can get married and start a family. But the ultimatum forces Karsten to make a hasty decision with potentially fatal results.

With Pillars of Society, Henrik Ibsen examines the corrupt nature of wealth and status. He questions the origin story of many high-class figures. He illustrates how far some people are willing to go to maintain their privilege.

With an eye-catching new cover, and professionally typeset manuscript, this edition of Pillars of Society is both modern and readable.