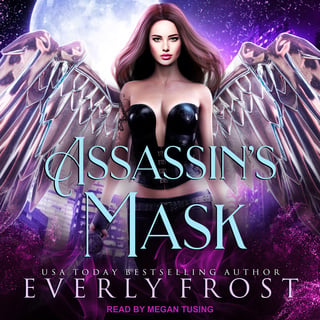 When Hunter Cassidy revealed her true power to Slade Baines during a fight for their lives, everything she wanted was ripped away from her. Now, with her heart in pieces, Hunter is left only with her determination to find and destroy the deadly weapon that led her to infiltrate the Assassin's Legion in the first place.

But Hunter's quest proves more complicated than she expected, leaving her with no choice but to make a deal with one of the Legion's most formidable assassins-a deal that catapults her right back into Slade's life.

Now the Master Assassin, Slade's power grows by the day and so does his determination to fight the bond he formed with Hunter and the powerful attraction that keeps drawing them together. No matter what, he will protect her from the enemies she makes at every turn, including the new leader of the underground whose mission is to destroy them both.

When tragedy strikes, Hunter discovers that the weapon she sought is nothing like she expected. She and Slade will need to work together to defeat the rising power behind the underground. But can they fight together when their hearts are torn apart?
Lisätietoa äänikirjasta:
Julkaisija: Tantor Audio
Julkaisuvuosi: 2019-07-16
ISBN: 9781541400658
9T 12M
Englanti
4,19
Kategoria: Nuoret