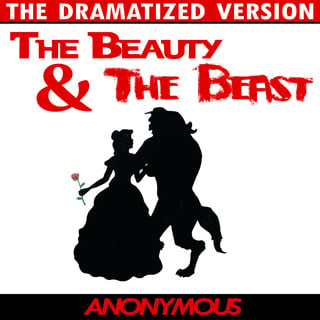 Beauty and the Beast - The Dramatized Version

Beauty and the Beast - The Dramatized Version

Kirjailija: Anonymous
Lukija: Jason Damron
Formaatti: Äänikirja
42M
Englanti
3,67
Once upon a time in a far-off country, there lived a father and his daughter Beauty, along with his five other daughters and six sons. One day their house burned down, along with all their possessions. The same day he also found out all his ships had been looted and he lost all his wealth. The family fell into great poverty. One night Beauty wandered into a room and found Beast, and he asked her if she would ever marry him, when she said no, he became angry and left her, refusing to talk to her for a long time. He repeated his request numerous times, and her answer was always no. In Beauty's dreams, she spoke to a charming prince about the Beast.

After a series of frightening dreams involving her family and prince, Beast asked her to marry him one more time, and she said yes, because her feeling towards him had changed. All of a sudden The Beast disappeared and the charming prince emerged. The Prince told Beauty that he was put under a spell and became a Beast, and when he found his true love (Beauty), the spell would be broken and he would turn back to his normal self. They got married, Beauty's family returned to the castle to celebrate, and they lived happily ever after.
Lisätietoa äänikirjasta:
Julkaisija: Author's Republic
Julkaisuvuosi: 2019-06-26
ISBN: 9781982760953
42M
Englanti
3,67
Kategoria: Klassikot

The Adventure of the Italian Nobleman

The Adventure of the Abbey Grange

The Pit and the Pendulum

The Short Stories of Ernest Hemingway