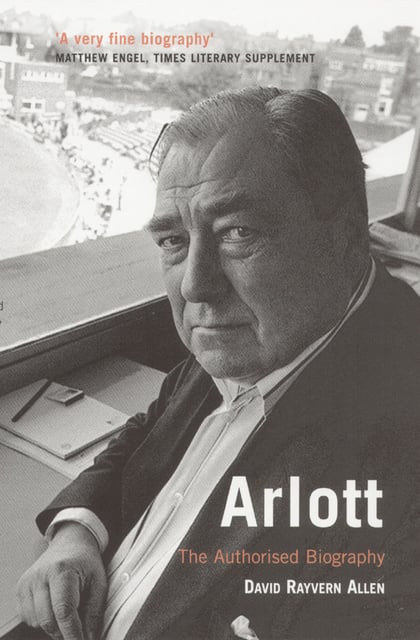 John Arlott's rich Hampshire burr was the voice of BBC cricket commentary for many years, from the great Test match radio broadcasts of the fifties to bucolic Sunday League on the television in the seventies. But he was also a distinguished journalist for the Guardian, a Liberal parliamentary candidate, a courageous opponent of apartheid in sport from the earliest opportunity, and a connoisseur - and imbiber - of fine wine without equal. David Rayvem Allen's definitive biography was acclaimed on its first publication and won the Cricket Society's award for Cricket Book of the Year. Now reissued by Aurum in a new paperback edition to tie in with its publication of the author's authorised biography of E.W. Swanton, Arlott evokes both a broadcasting legend and a sensitive, humane man, whose graphic, pensive and wry commentaries came to epitomise the sound of an English summer.