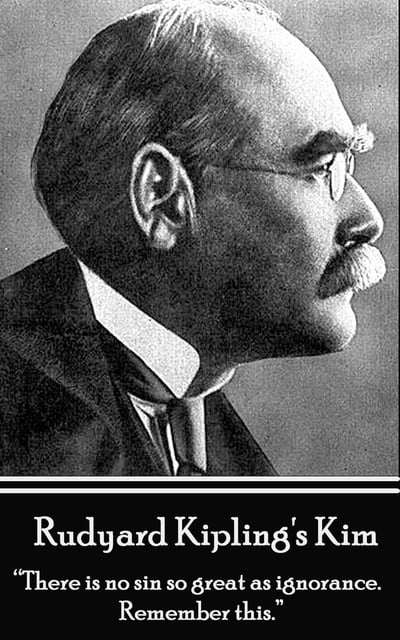 Kim: "There is no sin so great as ignorance. Remember this."

Kim: "There is no sin so great as ignorance. Remember this."

Kim (1901) is a novel by Rudyard Kipling, a Nobel-Prize winning English writer who was born in India and whose novels often deal with Indian themes. The eponymous protagonist in Kim is the impecunious orphan of an Irish soldier who finds himself in the streets of the Indian city of Lahore in the late nineteenth century after having lost both parents. Kim gradually becomes completely integrated in the Indian society with the only obstacle being his physical conspicuousness. His life of vagrancy pushes him to master Indian customs and Indian specificities more than the natives themselves. He lives mainly on begging money at times and doing petty jobs at other times. Later, Kim meets a Lama, or a Tibetan religious leader, and becomes his follower and disciple. He goes with the Lama for adventurous trips until one day a Christian chaplain recognizes him as British, separates him from the Lama and sends him to school. After graduation from school, Kim is expected to join the British government in its war against Russians. He also meets the Lama again and a sort of juxtaposition is set between the project of the war known as the Great Game and the Buddhist spiritual quest. Kim has to choose between the two opposing paths.