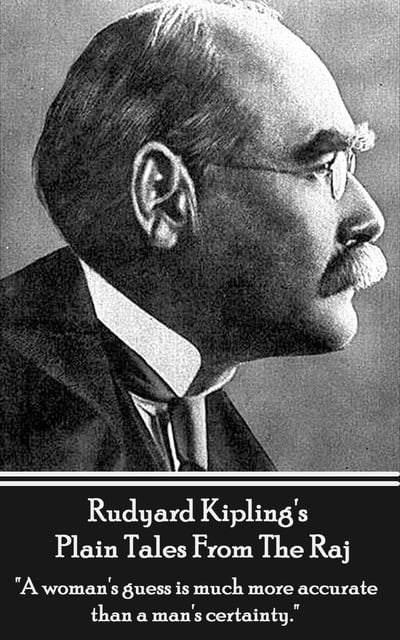 Plain Tales from the Raj: "A woman's guess is much more accurate than a man's certainty."

Plain Tales from the Raj: "A woman's guess is much more accurate than a man's certainty."

Rudyard Kipling's book is a collection of forty short stories set in British India most of which being initially published in the "Lahore Civil and Military Gazette." In addition to the diverse plots that they unfold, the stories provide important information about Indian nature and culture and, particularly, about the British presence in 'the British Raj.' In tales like "Lispeth," "The Other Man," "The Story of Muhammad Din" and "Cupid's Arrows," Kipling positively depicts British soldiers in the Indian colony, presenting them as proud heroes and speaking about minute details of their lives, loves and sacrifices. Kipling's stories also show their readers how India affects the British who settle there. In fact, they focus on the exploration of the physical and cultural aspects of the subcontinent from a 19th-century British vantage point. This may explain why some of Kipling's stances and declarations could be considered as insensitive, or even racist, in the eye of modern readers. The excellent storytelling and the masterful exploitation of language and style can often be juxtaposed with an incapacity to fathom out Indian cultural specificities, which, to some critics, makes the narrative occasionally fall into the underestimation of Indian life.