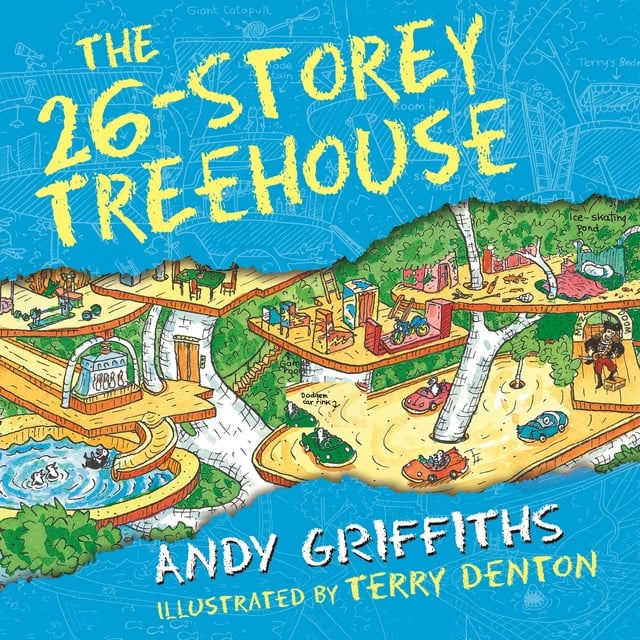 Andy and Terry have expanded their treehouse! There are now thirteen brand-new storeys, including a dodgem-car rink, a skate ramp, a mud-fighting arena, an antigravity chamber, an ice-cream parlour with seventy-eight flavours run by an ice-cream-serving robot called Edward Scooperhands, and the Maze of Doom - a maze so complicated that nobody who has gone in has ever come out again . . . well, not yet anyway . . .

The 26-Storey Treehouse is the second book in Andy Griffith's and Terry Denton's wacky treehouse adventures, where the laugh-out-loud story is read by Stig Wemyss. 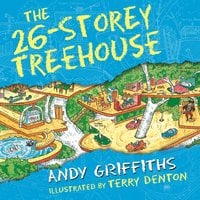