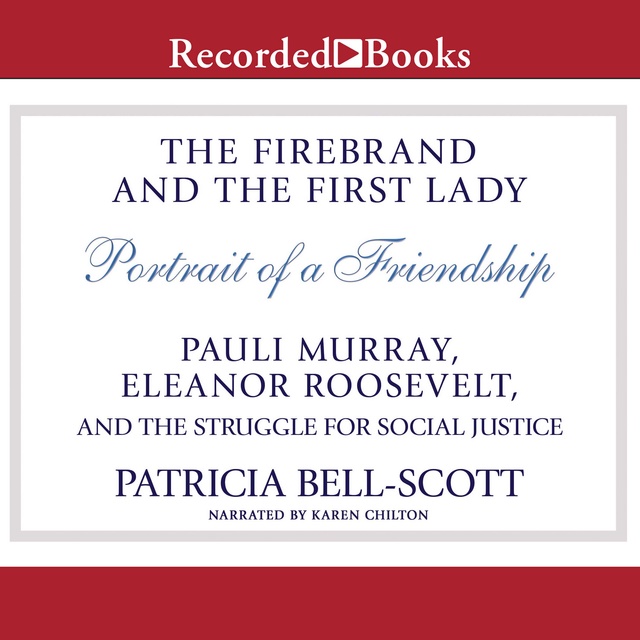 The Firebrand and the First Lady: Portrait of a Friendship: Pauli Murray, Eleanor Roosevelt, and the Struggle for Social Justice

The Firebrand and the First Lady: Portrait of a Friendship: Pauli Murray, Eleanor Roosevelt, and the Struggle for Social Justice

An important, groundbreaking book--two decades in work--that tells the story of the unlikely but history-changing twenty-eight-year bond forged between Pauli Murray (granddaughter of a mulatto slave, who, against all odds, as a lesbian black woman, became a lawyer, civil rights pioneer, Episcopal priest, poet, and activist) and Eleanor Roosevelt (First Lady of the United States from 1933 to 1948 and human rights internationalist) that critically shaped Eleanor Roosevelt's, and therefore FDR's, view of race and racism in America.

It was a decades-long friendship--tender, moving, prodding, inspiring--sustained primarily through correspondence and characterized by brutal honesty, mutual admiration, and respect, revealing the generational and political differences each had to overcome in order to support one another's life. Of the two extraordinary women, one was at the center of world power; the other, an outsider ostracized by the color of her skin, fighting with heart, soul, and intellect to push the world forward (she did!) and to become the figure for change she knew she was meant to be; each alike in many ways: losing both parents as children, being reared by elderly kin; each a devoted Episcopalian with an abiding compassion for the helpless; each possessed of boundless energy and fortitude yet susceptible to low spirits and anxiety; each in a battle against shyness, learning to be outspoken; each at her best when engaged in meaningful, important work.

And each in her own society sidelined as a woman, and determined to upend the centuries-old social constriction …

A riveting portrait that shows how their friendship deepened and endured in the face of enormous social barriers, and that makes clear how Pauli Murray, foremother of the modern-day black and feminist movements, crucially influenced Eleanor Roosevelt's progressive stance on civil and human rights, challenging her to take a stand for justice and freedom ("If some of our statements are bitter these days, " Pauli Murray wrote to Eleanor Roosevelt in a postscript from a 1942 letter, "you must remember that truth is our only sword"), a book that reveals, as well, the profound impact of Eleanor Roosevelt's friendship on the shape of Murray's life as an activist, lawyer, cofounder of the National Organization for Women, principal strategist in the fight to preserve Title VII of the 1964 Civil Rights Act, and the first African American woman to be ordained as an Episcopal priest. 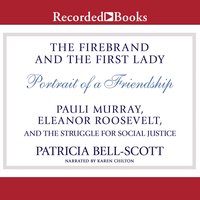