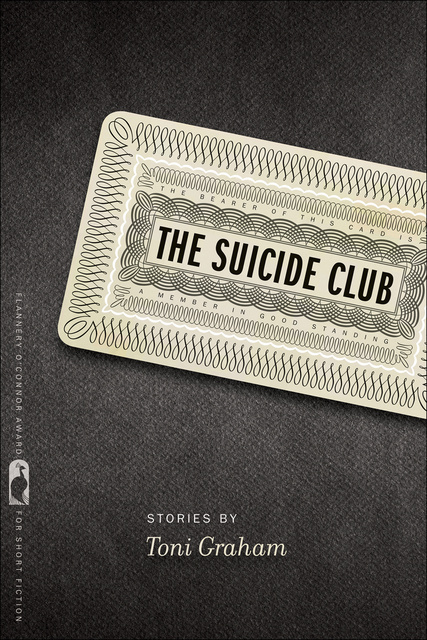 The people in these eight interlaced stories are “bound together by the worst sort of grief,” the kind that can devour you after someone close takes his or her own life. Wednesday evenings in Hope Springs, Oklahoma, offer the usual middleAmerican options: TV, rec league sports, eating out, and church. For Slater, Holly, and SueAnn, it is the night their suicide survivors group meets. They once felt little else in common, aside from a curiosity about Jane, the group facilitator, but now they understand how deeply they need each other.

SueAnn mourns for her son, who hanged himself. Slater is left impotent by the loss of his father, who deliberately overdosed on pills and alcohol. Holly can’t let go of her boyfriend, who shot himself. But if suicide has stolen their capacity to laugh, it has honed their sense of absurdity. Even in the darkest undertones of what her characters think and say, Toni Graham reveals a piercingly funny cast, short on patience with themselves and the incongruous pieties of daily life in the Heartland.

If they weren’t already Hope Springs outsiders, suicide has made sure of it. Failing to fit in, they try to change, if only for themselves: Holly joins an online dating service; SueAnn works on her vocabulary; Slater gets liposuction. They keep moving forward and backward and, when their paths cross outside of their regular Wednesday meetings, sometimes a little sideways.