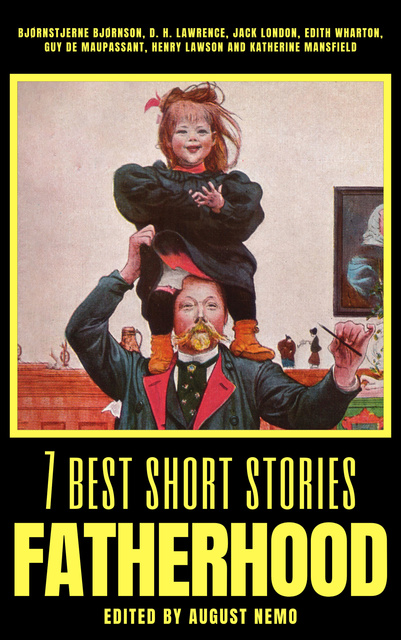 Fatherhood has changed a lot throughout history. It was a long road from the emotionally distant man whose only mission was to provide for the family for the man interested in building a deep relationship with his family.

In this book you will find seven short stories specially selected by the critic August Nemo that explore the various faces of fatherhood.

- The Father by Bjørnstjerne Bjørnson.

- The Christening by D. H. Lawrence.

- The Prodigal Father by Jack London.

- His Father's Son by Edith Wharton.

- A Child in the Dark, and a Foreign Father by Henry Lawson.

- The Daughters of the Late Colonel by Katherine Mansfield.

For more books with interesting themes, be sure to check the other books in this collection!