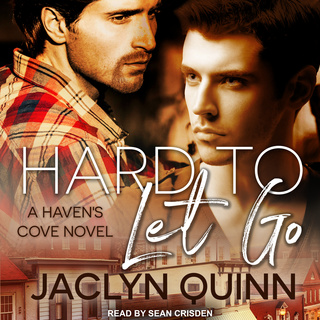 Author: Jaclyn Quinn
Narrator: Sean Crisden
Format: Audiobook
6H 45Min
English
4.13
Owen Richards lives a quiet life in his small hometown of Haven's Cove. He has a rewarding life consisting of three very supportive-not to mention feisty-women, and a successful bakery that he owns and absolutely loves. Yet, Owen can't seem to shake this emptiness inside or the intense feeling that something is missing. A sudden encounter with a man from his past, one he despises, turns his entire world upside down. When Owen finds himself attracted to that sexy man, he questions everything, including his sanity. After all, only an incredibly disturbed person would find that he can't stop thinking about his high school bully.

Brody Walker never expected to return to Haven's Cove. He's made a life for himself in Boston, where he can truly be the person he was always meant to be. But an unexpected call has Brody facing all the demons he'd left behind so long ago. Now, he's faced with not only a difficult goodbye, but one long overdue apology to a man who is no longer that lanky kid from high school. The challenge is to convince the guy he's changed-and also prove he's worth taking a chance on.