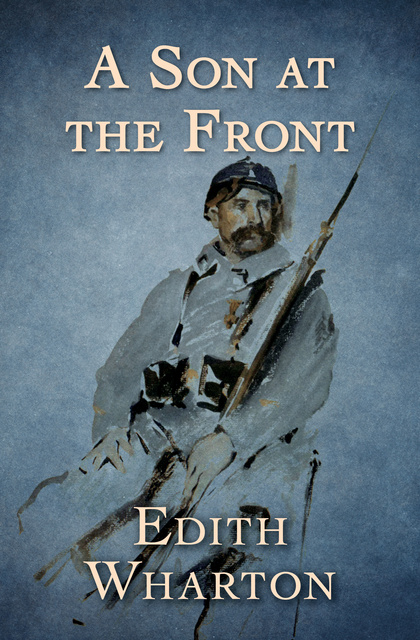 An artist watches his son go to the frontlines of WWI in this novel from the Pulitzer Prize–winning author of The Age of Innocence and The House of Mirth.

Paris, 1914. An American painter living abroad, John Campton is excited to spend a month traveling with his son George. But their plans are cut short when war breaks out across Europe. Raised by his mother in the United States, George is American through-and-through. But he is technically a French citizen—and now he is called upon to fight for France. As John reconnects with his ex-wife in an attempt to keep George from the front, George makes a shocking decision that leaves John struggling to understand his role—as both an artist and a parent—in a time of war.

Written in 1923, Edith Wharton’s A Son at the Front offers heartbreaking drama as well as biting satire in its knowing depiction of life behind the frontlines of World War I.

“Wharton movingly portrays those left behind during war—not the wives and children but the devastated parents, who are forced to go on living at the cost of their own flesh and blood. Heartrending, tragic, powerful, this is not to be missed.” —Publishers Weekly