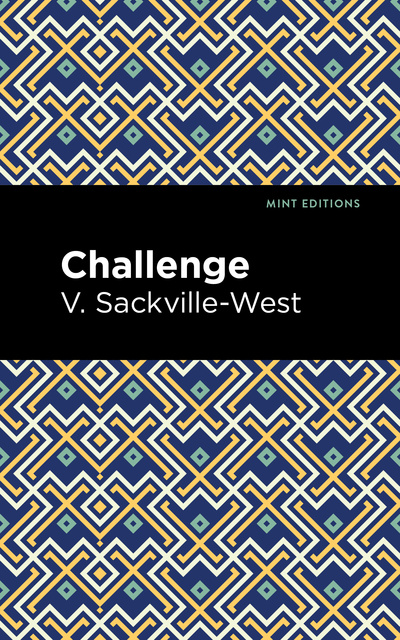 Challenge (1923) is a novel by Vita Sackville-West. While she is most widely recognized as the lover of English novelist Virginia Woolf, Sackville-West was a popular and gifted poet, playwright, and novelist in her own right. A prominent lesbian and bohemian figure, Sackville-West was also the daughter of an English Baron, granting her a unique and often divided perspective on life in the twentieth century. “After spending nearly two years in exile, Julian was once more upon his way to Herakleion.”

A man of fate, Julian Davenant was born into a wealthy English family on the island of Herakleion. Rather than continue the legacy of colonialism, Davenant—a Byronic hero—dreams of independence for the people of Greece, and eventually finds himself at the center of a revolutionary plot. As his political star rises, his love affair with the beautiful Eve catches fire, plunging Julian into a world of passion and danger.

Known for her tumultuous, heated affairs with men and women alike, Sackville-West is an artist whose works so often mirror her life. With a beautifully designed cover and professionally typeset manuscript, this edition of Vita Sackville-West’s Challenge is a classic of English literature reimagined for modern readers.