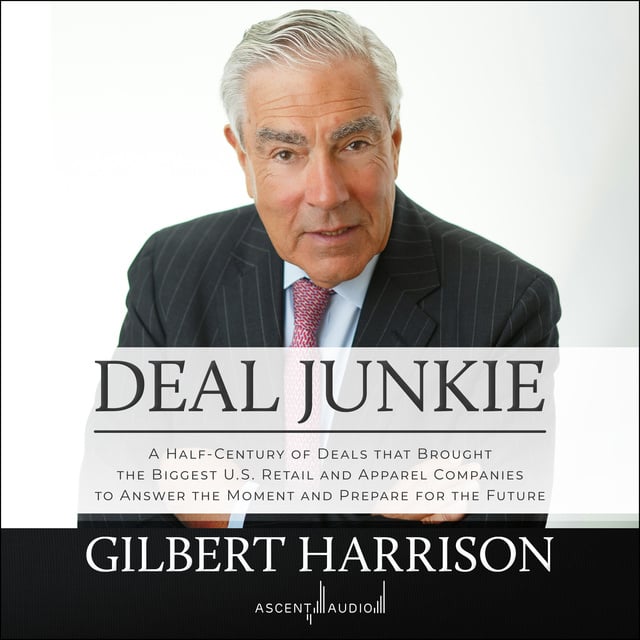 Deal Junkie: A Half-Century of Deals that Brought the Biggest U.S. Retail and Apparel Companies to Answer the Moment and Prepare for the Future

Deal Junkie: A Half-Century of Deals that Brought the Biggest U.S. Retail and Apparel Companies to Answer the Moment and Prepare for the Future

If it were your job to bring a company to the bargaining table so it could merge, sell, or divest, you had better have the stamina and guts as well as an intricate knowledge of how the human mind operates. Negotiating these kinds of deals is not for the faint of heart. But for over fifty years, one merchandising giant after another-Marshalls, TJ Maxx, Home Depot, Nine West, Kohl's, Macy's, Sears, CVS, The Limited, Dollar Tree, Eddie Bauer, Interparfums, Jeffrey Stores, and Jos A. Bank, to name a few-have relied on Gilbert Harrison to help them forge just these kinds of deals. Have they all been signed, sealed, and delivered? No, that's not how the game works, and getting many of these deals negotiated is exactly that-a game. In all deals, nobody knows who to believe or not to believe, and what a company's objectives are. But whether buying, selling, or divesting, it has been Harrison's job to try and figure out the secret competing interests of a company and to get those deals across the finish line.

Deal Junkie is the story of Gilbert Harrison's rise to becoming one of the true lions in the field of retail, apparel, beauty, footwear, and other merchandising and consumer-related companies. 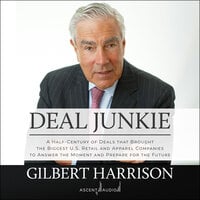