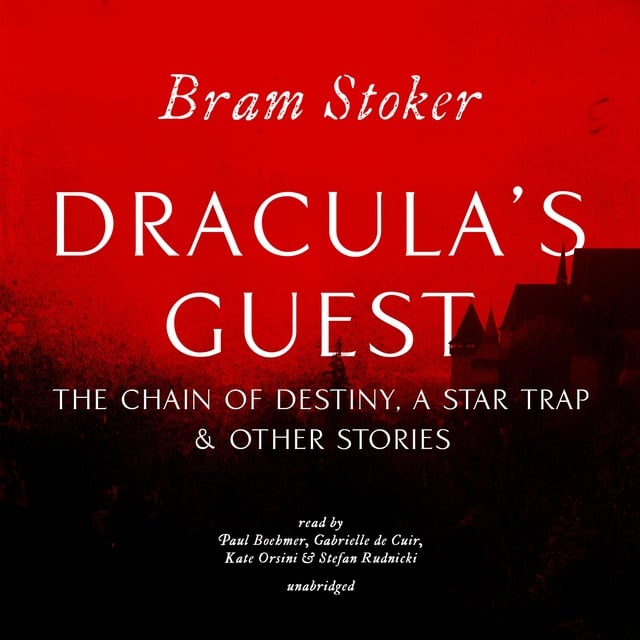 Dracula’s Guest, The Chain of Destiny, A Star Trap & Other Stories

Dracula’s Guest, The Chain of Destiny, A Star Trap & Other Stories

Best known for his masterpiece of horror, Dracula, Bram Stoker wrote a number of other novels and many short stories, all with supernatural themes or filled with a physical terror reminiscent of Poe. The title story, “Dracula’s Guest, ” was originally part of the great novel but was excised and published separately. The accompanying stories, such as “The Squaw, ” “The Judge’s House, ” and “The Burial of the Rats, ” are classic tales of the macabre in their own right. From torture chambers and murderous prophecies to vengeful ghosts, these haunting stories illuminate Stoker’s mastery of horror.

“The Squaw” read by Stefan Rudnicki

“The Secret of the Growing Gold” read by Gabrielle de Cuir

“The Coming of Abel Behenna” read by Kate Orsini

“The Burial of the Rats” read by Paul Boehmer

“A Dream of Red Hands” read by Stefan Rudnicki

“The Chain of Destiny” read by Stefan Rudnicki 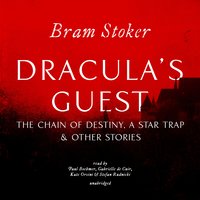