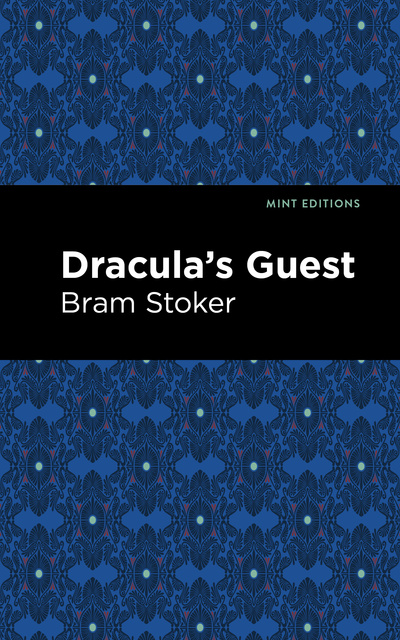 Dracula’s Guest (1914) is a collection of short stories by Irish author Bram Stoker. Edited and published by Florence, the author’s wife, following Stoker’s death only two years prior, Dracula’s Guest helped to establish the Irish master of Gothic horror’s reputation as a leading writer of the early-twentieth century.

In “Dracula’s Guest,” an unnamed Englishman journeys by carriage into the countryside from his hotel in Munich to take in some of the local scenery. On the journey, his driver warns him of the dangers of Walpurgis Night only hours away, a time in which demons and ghosts are rumored to roam the land. Stopping near an abandoned village, the Englishman ignores his driver’s unease and, sending the carriage back to Munich, makes his way into the hills alone. Lost in the dark, a sudden appearance of moonlight reveals his eerie surroundings—a dark and dreary cemetery. As a storm abruptly begins, he takes shelter in the doorway of a tomb, accidentally disturbing the entrance to reveal, at its center, the body of a beautiful, sleeping woman. In “The Judge’s House,” a scholar on holiday in a seaside town spends the night in a mysterious home, despite the warnings of locals who beg him not to stay at such a place. Dracula’s Guest compiles nine works of short fiction by Bram Stoker, the secretive and vastly underrated creator of Dracula, one of history’s greatest villains.

With a beautifully designed cover and professionally typeset manuscript, this edition of Bram Stoker’s Dracula’s Guest is a classic of Irish literature reimagined for modern readers.