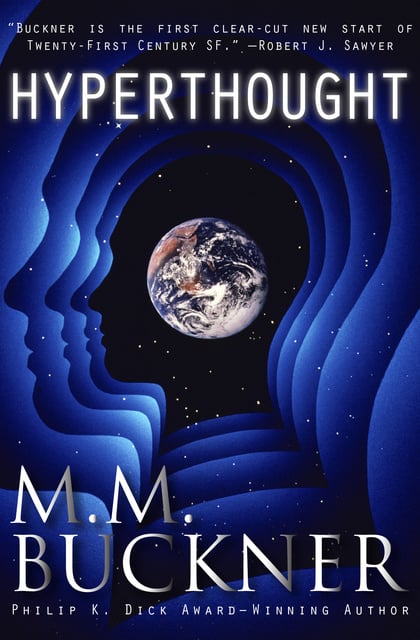 Under the earth. Inside our minds. “A smart, fast-paced SF thriller, and one of the best debut novels I’ve read in a long time” (Allen Steele).

Hyperthought recounts the adventures of a young man who trusts an unscrupulous doctor to enhance his brain function, and of a young woman who tries to save him.

Jolie makes a disasterous mistake when she introduces Dr. Merida to one of her wealthy tour group clients, Jin Sura, an arrogant but troubled young man with a terrible desire for knowledge.