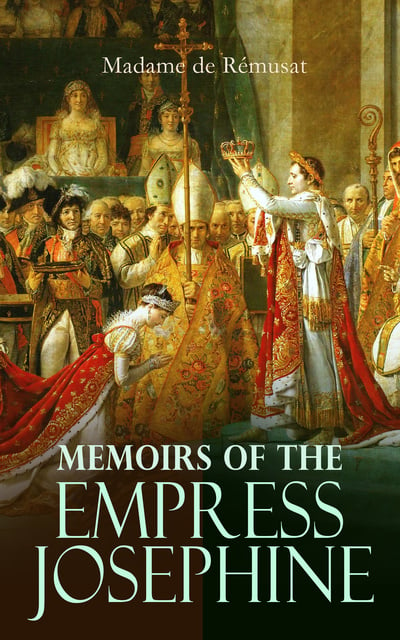 Memoirs of the Empress Josephine

Memoirs of the Empress Josephine

Memoirs of the Empress Josephine in two volumes, is a biographical account of Madame de Rémusat, lady-in-waiting, of Josephine Bonaparte, first wife of Napoleon Bonaparte. Madame de Rémusat, born Clair de Vergennes, lost her father and grandfather in Revolution. Her mother was friend with Josephine, and when Josephine became Empress, she took Clair with her to be her lady-in-waiting. Madame de Rémusat was with Josephine to the end. She followed her into retirement and then took up her pen to write of court affairs and prominent people. Her memoirs present a vivid portrait not only of Josephine and Napoleon, but of surrounding Court life, seen through her eyes. Also, the memoirs can be useful as a survey of the first years of the nineteenth century. They illustrate what changes the institution of the Empire caused at Court, and how the life continuously modified to reflect the shifting fortunes of its master. The figure of the Napoleon stands out even though he is presented unsympathetically, since the memoirist was loyal to her mistress in struggles against the Bonaparte family.