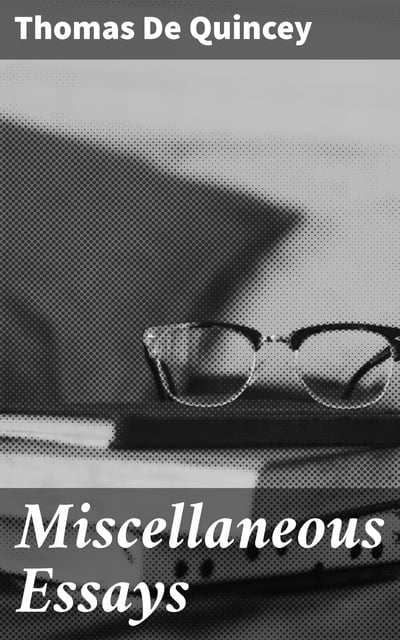 "The Miscellaneous Essays" by de Quincey reflect his interest in numerous topics. The topics truly vary: some essays review the phenomenon of murder as an artistic act, the others cover the theme of sudden death. Also, there are essays dedicated to Joan of Arc. Despite the variety of topics, all the articles are generally connected as they reflect different sides of the author's worldview. It's worth mentioning that de Quincey's philosophy, reflected in these essays, influenced such significant figures as Edgar Allan Poe, Fitz Hugh Ludlow, and Charles Baudelaire.