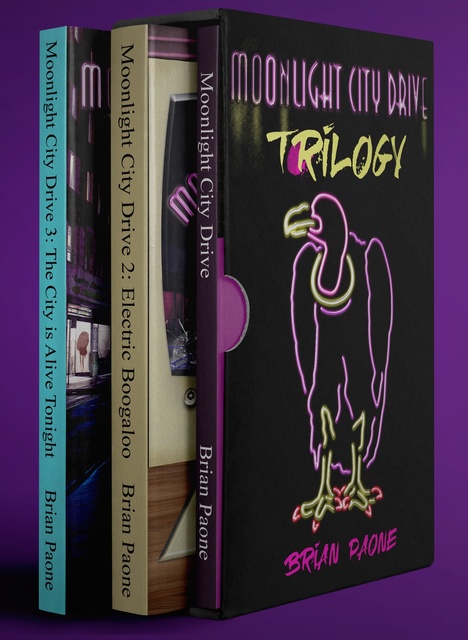 All three Moonlight City Drive novels in a single box set!
A private eye is hot on the tail of a Jack the Ripper-style killer in 1940’s Las Vegas. Unbeknownst to them, a three-hundred-year-old witch and her army of ghouls are pulling the puppet strings, manipulating the killer and the detective. When the detective gets wind of her and her motives, he must decide to either team up with the witch to take down the killer or team up with the killer to take down the witch. It wasn't personal, until the witch takes his granddaughter under her wing to make her the next prodigy and leader of the ghouls. Who will survive and who won’t get out alive?