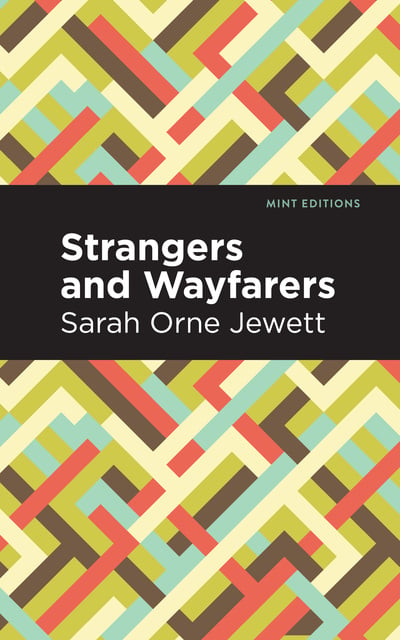 Featuring eleven short works of fiction, Sarah Orne Jewett’s Strangers and Wayfarers invokes sentiment and nostalgia. The opening story, A Winter Courtship, depicts the budding relationship between a wagon driver, Jefferson Briley, and a passenger, Fanny Tobin. Despite their opposing personalities, Fanny and Jefferson enjoy each other’s company as they transition from coy flirting to seriously considering if their unconventional pairing could function as a long-term relationship. As the winter month melts away in The Town Poor, two ladies ride together in a horse-drawn carriage.

As they take in the sight of the countryside, the two friends discuss the difficult winter that their hometown was just starting to overcome. While the inhabitants of this town struggled through the winter, few citizens were forced to overcome more obstacles than 19th century immigrants. This is portrayed in The Luck of the Bogans, which follows a beloved Irish family as they migrate to America. Succeeding the theme of family, Fair Day depicts an elderly woman as she spends the day alone after her son and his family go to the local fair, leaving her time for reflection.

Born and raised in South Berwick, Maine, author Sarah Orne Jewett knew the New England area intimately, and translated her familiarity with the region to her masterful descriptive prose featured in each of her works of short fiction. Through carriage rides, lonely days on the farm, and discussions of struggling towns, Strangers and Wayfarers by Sarah Orne Jewett allows readers to explore the country and oceanside of New England.

With themes of immigration, romance, family, and nostalgia, Strangers and Wayfarers continues to address relevant sentimentality in modern society, despite its original publication in 1890. This edition of Strangers and Wayfarers by Sarah Orne Jewett features an eye-catching new cover design and is presented in a font that is both modern and readable.

With these accommodations, this edition is accessible and appealing to contemporary audiences, restoring Strangers and Wayfarers to modern standards while preserving the original tranquility and beauty of Sarah Orne Jewett’s work.