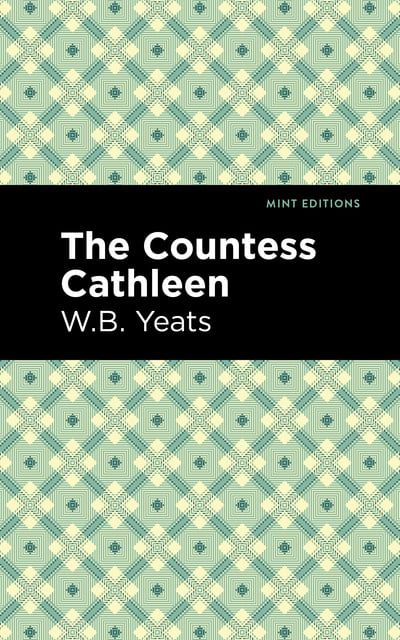 The Countess Cathleen (1892) is a verse drama by W.B. Yeats. Dedicated to Maud Gonne, an actress and revolutionary whom Yeats unsuccessfully courted for years, The Countess Cathleen underwent several editions before being performed in its final version at Dublin’s Abbey Theatre in 1911.

Based on an Irish legend, the play, set during a period of intense famine, follows a land-owning Countess who decides to sacrifice her wealth and property in order to save the starving Irish people. As dusk gathers, a family prepares for dinner in their rural home. The fire is lit, and Shemus, the father, has returned home from a day of hunting with nothing to show for it. As they scrounge what they can to make themselves a meal, the Countess Cathleen arrives to ask them for directions. Touched by their suffering, the Countess returns home and begins to wonder what she can do to alleviate their difficult circumstances. Impatient, Shemus yells to the darkening woods to welcome whatever being, angel or devil, that would bring them money or something to eat. When two merchants arrive offering him gold for his services, it appears that the Countess, despite her good intentions, may already be too late. The Countess Cathleen is a drama written in blank verse that explores themes of poverty, faith, and Irish independence.

With a beautifully designed cover and professionally typeset manuscript, this edition of W.B. Yeats’s The Countess Cathleen is a classic of Irish literature reimagined for modern readers.