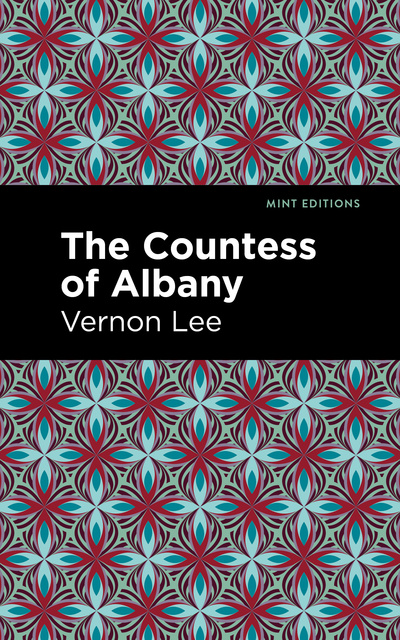 The Countless of Albany

The Countless of Albany

The Countess of Albany (1886) is a biography by Vernon Lee. Published at the height of her career as a leading proponent of Aestheticism and scholar of the Italian Renaissance, The Countess of Albany is a biography of Princess Louise of Stolberg-Gedern, whose unhappy marriage to Charles Edward Stuart, also known as Bonnie Prince Charlie, often obscured her reputation as an independent and interesting woman in her own right.

A principled feminist and committed pacifist, Lee was virtually blacklisted by critics and publishers following her opposition to the First World War. Through the efforts of dedicated scholars, however, interest in her works has increased over the past several decades, granting her the readership she deserves as a master of literary horror. “On the Wednesday after Easter the bride and bridegroom made their solemn entry into Rome; the two travelling carriages of the Prince and of the Princess were drawn by six horses; four gala coaches, carrying the attendants of Charles Edward and of his brother the Cardinal Duke of York, followed behind, and the streets were cleared by four outriders dressed in scarlet with the white Stuart cockade. ”

Although she is more widely known for her stories of supernatural horror, Lee was also a gifted researcher whose knowledge of Italian history and literary gift collide in The Countess of Albany. This biography is the story of Louise, a German princess who married Charles Edward Stuart, Jacobite claimant to the English throne. By the time of their acquaintance, Bonnie Prince Charlie was a man passed his prime, beaten down by years on the run after the failed uprising of 1745.

Focusing on her independent spirit and relationship with Count Vittorio Alfieri of Italy, Lee provides invaluable insight on the life of a woman who forged her own path in a world dominated by men. With a beautifully designed cover and professionally typeset manuscript, this edition of Vernon Lee’s The Countess of Albany is a classic work of historical biography reimagined for modern readers.