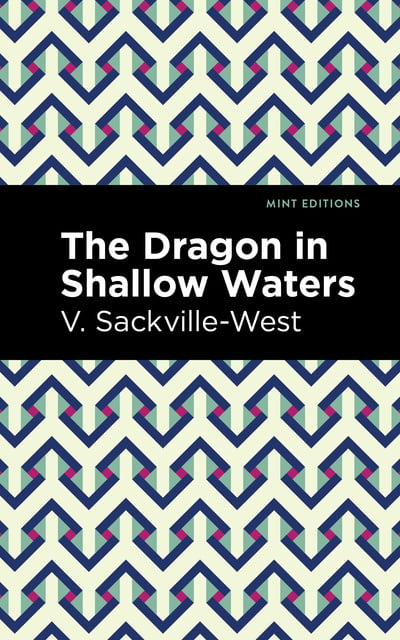 The Dragon in Shallow Waters

The Dragon in Shallow Waters

The Dragon in Shallow Waters (1921) is a novel by Vita Sackville-West. While she is most widely recognized as the lover of English novelist Virginia Woolf, Sackville-West was a popular and gifted poet, playwright, and novelist in her own right. A prominent lesbian and bohemian figure, Sackville-West was also the daughter of an English Baron, granting her a unique and often divided perspective on life in the twentieth century. The Dragon in Shallow Waters, her second novel, is a tale of family, jealousy, and murder.

“Outside the windows three chimneys reared their heads side by side, emitting three parallel streams of smoke, gigantic black plumes that floated horizontally away over the flooded country, and that at night were flecked with red sparks as they flowed out from the red glare at their base. ” At the edge of the moors, a harsh and bleak environment, a flaming, smoking factory churns out perfumes and soaps for the people of England.

Brothers Silas and Gregory Dene live together in a cottage not far from the hulking expanse of the factory, and like most of their neighbours depend on the site for their livelihoods. Consumed with jealousy, Silas—a blind man—has already murdered his wife, and as the story unfolds seems more than willing to kill again. With a beautifully designed cover and professionally typeset manuscript, this edition of Vita Sackville-West’s The Dragon in Shallow Waters is a classic of English literature reimagined for modern readers.