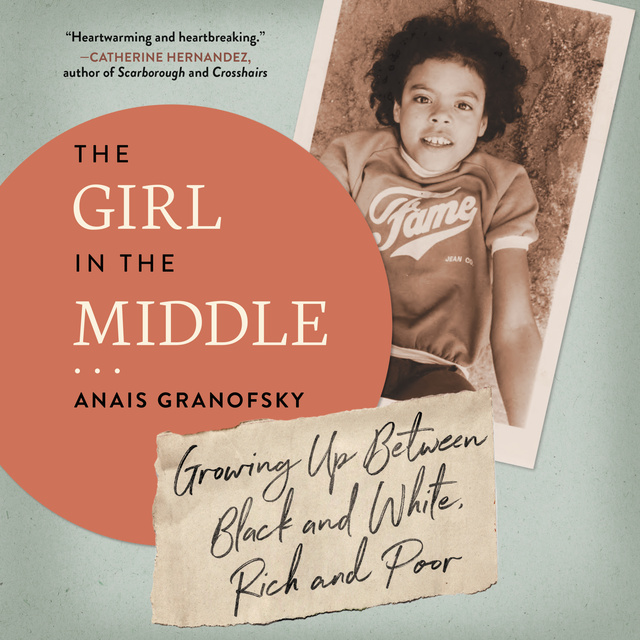 The Girl in the Middle: Growing Up Between Black and White, Rich and Poor

The Girl in the Middle: Growing Up Between Black and White, Rich and Poor

A moving and vivid memoir of a young girl—long before her starring role in the Degrassi series—who was always switching between worlds, wanting only to be loved

When Anais Granofsky’s parents meet in the early 1970s, they are foreign and fascinating to each other. Stanley is the son of a very wealthy Toronto Jewish family; Jean is one of fifteen children from a poor Black Methodist family, direct descendants of the freed Randolph slaves. When Jean becomes pregnant at nineteen, Stanley doesn’t anticipate being cut off by his parents. Nor does the couple anticipate that Stanley, soon to rename himself Fakeer, will find his calling in the spiritual teachings of Bhagwan Shree Rajneesh on an ashram in India.

The Girl in the Middle is the story of a child who spends her life navigating between two very different worlds. Alone, Anais and her mother teetered on the poverty line, sharing a mattress in a single room in social housing in Toronto, while her grandparents lived a twenty-minute car ride away on the mansion-lined Bridle Path. As Anais grows up, she spends weekends having lunch with her grandmother by the pool, while during the week, she and her mother often don’t know where their next meal will come from, even after Fakeer’s return. Anais realizes that if she wants to be loved, she has to switch identities to please each of the adult women in her family. It isn’t until she gets a role in the TV series Degrassi Junior High that Anais finds a third world—her own—and begins to define an identity for herself.

The Girl in the Middle offers a powerful lens to explore how two families, one white and one Black, faced systemic oppression spanning multiple generations and came out at opposite economic classes—and how they clashed when they shared a granddaughter.

With compassion and vivid storytelling, Granofsky shares her experience of living in opposite worlds, and demonstrates how generational shame, grief and prejudice ultimately lead to love and forgiveness. 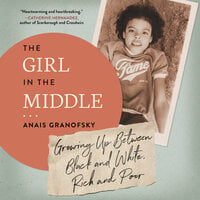