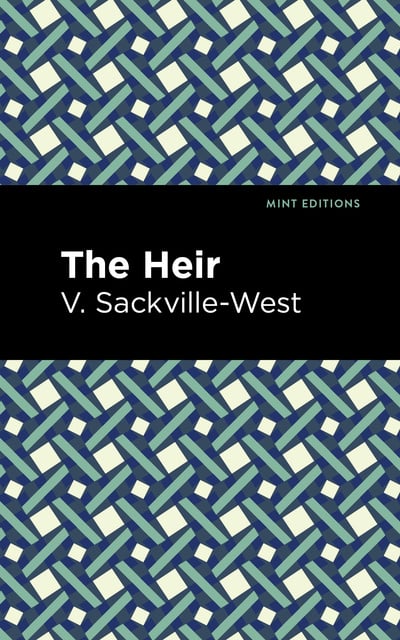 The Heir (1922) is a novel by Vita Sackville-West. While she is most widely recognized as the lover of English novelist Virginia Woolf, Sackville-West was a popular and gifted poet, playwright, and novelist in her own right. A prominent lesbian and bohemian figure, Sackville-West was also the daughter of an English Baron, granting her a unique and often divided perspective on life in the twentieth century. The Heir, her third novel, is a semi-autobiographical tale of family, tradition, and romance.

“They had gone, they and their talk of mortgages, rents, acreage, tenants, possible buyers, building lots, and sales by auction or private treaty! Chase stood on the bridge above the moat, watching their departure. ” Mr. Chase is an insurance salesman by trade, a successful modern man who just so happens to stand in line to inherit Blackboys, his family’s massive estate. Despite the beauty of the castle and its surrounding acres of fields and forests, Mr. Chase simply wishes to sell the place and get on with his life, severing himself from the past entirely.

As the day of sale approaches, however, he finds himself strangely nostalgic. Having experienced the bitter loss of Sissinghurst, her ancestral home, to a male cousin, Sackville-West is an artist whose works so often mirror her life. With a beautifully designed cover and professionally typeset manuscript, this edition of Vita Sackville-West’s The Heir is a classic of English literature reimagined for modern readers.