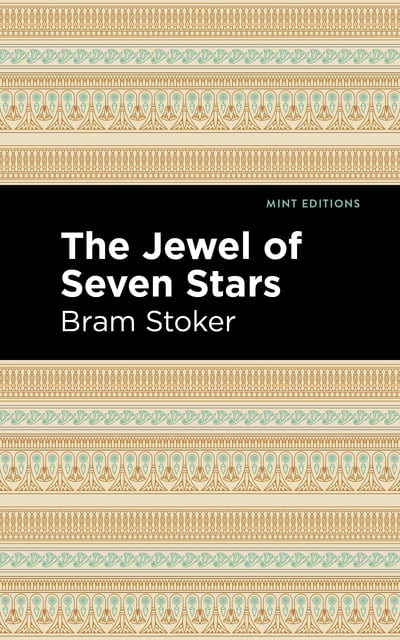 In the middle of the night, a young lawyer is roused from sleep by Margaret Trelawny. At her urgent request, he accompanies her to the house of her father, Abel Trelawny, a world-renowned Egyptologist. There, Ross discovers the archaeologist unconscious and in a trance-like state on the floor of his bedroom, surrounded by strange and horrifying artifacts. After reading a note left by Trelawny instructing them not to wake him, the group takes turns watching over the injured man. Several nights later, a man arrives who reveals himself to be Eugene Corbeck, a colleague of Trelawny’s who has only recently returned from Egypt. He shares with them the story of their discovery years before of Queen Tera’s tomb. By taking the sarcophagus, the pair unlocked an ancient curse, and have since been struggling to fulfill the prophesy recorded on the wall of the tomb—the resurrection of the Queen. The Jewel of Seven Stars demonstrates not only Stoker’s detailed research of contemporary Egyptology, but an undeniable mastery of horror. Blending nineteenth-century Gothic themes with twentieth-century concerns regarding the legacy of British imperialism, Stoker’s novel is an artifact itself, and a highly entertaining one at that.

With a beautifully designed cover and professionally typeset manuscript, this edition of Bram Stoker’s The Jewel of Seven Stars is a classic of Irish literature reimagined for modern readers.