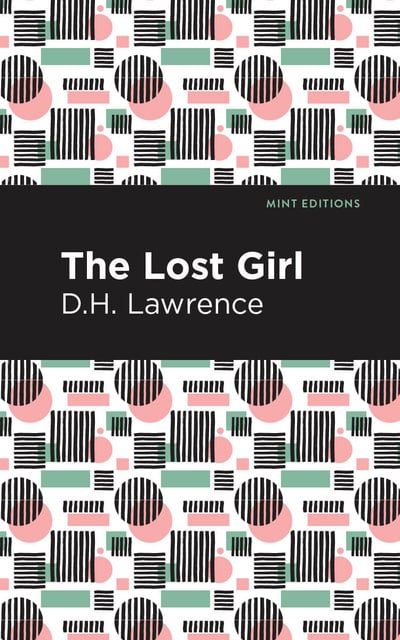 Alvina Houghton is bored by her little town, and feels trapped after her plans to elope with her lover falls through. Though she had previously dreamed of training as a nurse, Alvina is unsure what to do with her life. Alvina comes of age as her father, James, faces the failure of his business. She has a difficult relationship with her father. He is a man who never fully indulged in his passions, but has made eccentric financial decisions. In attempt to secure his daughter’s upbringing and save his fortune, James buys a theater. There, he employs many traveling artists, as well as a handsome and sensual Italian man named Ciccio. After meeting the man, Alvina feels drawn to him, especially since he is well-traveled. The two share a slow-burn courtship, and after a lifetime of being raised around stifled passion, Alvina feels alive. Seduced by Ciccio and desperate for adventure, Alvina decides to run away with Ciccio, fleeing to Naples. As she leaves behind her life of security, comfort, and predictability, Alvina starts to explore desire, spontaneity, and her sexual freedom. Free to do as she wishes with Ciccio, Alvina explores Naples and her own sexual awakening, feeling independent and unfettered. However, even as she finds herself, Alvina also faces the reality of such fleeting freedom. D.H Lawrence’s The Lost Girl is an emotionally compelling narrative featuring strong characters, wit, and prose that is both beautiful and bitter. With themes of feminism, class divisions, and family, The Lost Girl is a relatable story that leaves readers considering fate and the future. Through meticulous detail, readers are given valuable insight on the class distinctions and societal expectations of the 1920s in Europe. D.H Lawrence’s The Lost Girl was awarded the James Tait Black Memorial Prize in 1920 to congratulate its gripping narrative and compelling characters. Now presented in an easy-to-read font and with a striking new cover design, this edition of The Lost Girl by D.H Lawrence restores the novel to modern standards while respecting its original mastery. With these accommodations, contemporary audiences are treated to a reading experience that is both accessible and luxurious.