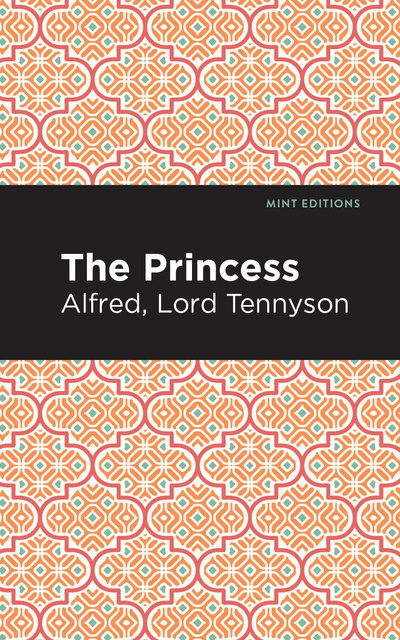 The Princess (1847) is a poem by British poet Alfred, Lord Tennyson. Written before Tennyson was named Poet Laureate, the poem addresses accusations from critics that the poet refused to write on serious subjects, as well as the founding of Queen’s College, London, the first college for women in Britain. Despite its comedic tone and somewhat critical outlook, the poem is seen as an important early work dedicated to exploring the concerns of the burgeoning feminist movement.

Unable to find the princess Ida, a young prince seeks the council of her father, King Gama, in order to locate his young fiancée. The king tells him that Ida has fled to a distant retreat, where she has founded a university for women and forsaken the ways of men. Joined by his friends Cyril and Florian, the prince disguises himself as a woman and journeys in search of Ida. The three enroll as students at her university, learning its lessons and absorbing its goals for equality between men and women. As the prince grows close to Ida, he struggles to hide his true identity from her, and is eventually forced to flee. Captured, he is held by the princess while King Gama and his father threaten to go to war over his release. As Ida prepares for battle, the prince and Florian manage to escape, returning home to prepare for conflict with Ida and her brothers. The Princess is a serio-comic poem which dramatizes the goals of the early feminist movement while examining the institution of marriage and the highly gendered nature of education and opportunity in Britain.

With a beautifully designed cover and professionally typeset manuscript, this edition of Alfred, Lord Tennyson’s The Princess is a classic of English literature reimagined for modern readers.