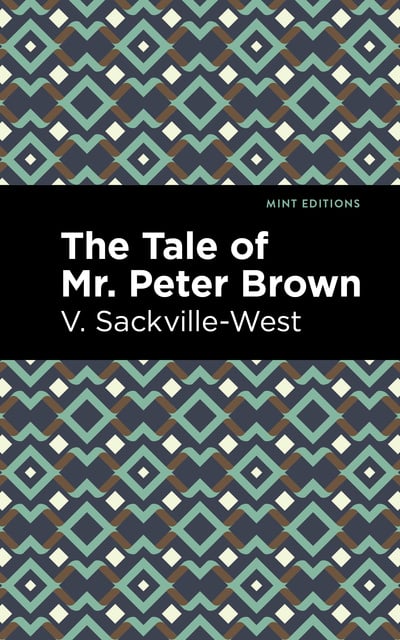 The Tale of Mr. Peter Brown

The Tale of Mr. Peter Brown

The Tale or Mr. Peter Brown is a story by Vita Sackville-West. While she is most widely recognized as the lover of English novelist Virginia Woolf, Sackville-West was a popular and gifted poet, playwright, and novelist in her own right. A prominent lesbian and bohemian figure, Sackville-West was also the daughter of an English Baron, granting her a unique and often divided perspective on life in the twentieth century. The Tale of Mr. Peter Brown is a tale of mystery, romance, and loneliness.

“He let his gaze dwell on me as he passed; let it dwell on me quite perceptibly, quite definitely, with an air of curious speculation, a hesitation, almost an appeal, and I thought he was about to speak, but instead of that he crushed his hat, an old black wideawake, down over his strange white hair, and hurrying resolutely on towards the swing-doors of the restaurant, he passed out and was lost in the London night. ” Mr. Peter Brown is a man with secrets.

The next time he encounters the narrator, he shares the story of his life. Formerly homeless, he was taken in by his friends, a married couple who were generous enough to give him food and shelter. As he spends more and more time with them, he begins to observe their unhappiness, how the wife not only fears her husband, but seems to disdain him.