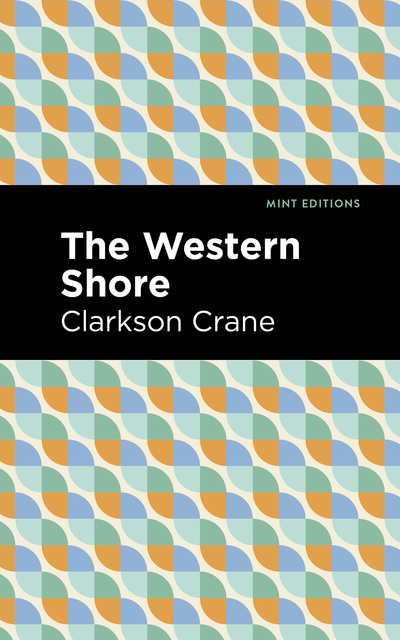 The Western Shore (1925) is a novel by Clarkson Crane. Written while the author was living in a cramped Paris apartment, The Western Shore appeared at an exciting time of literary experimentation and achievement among American expatriates in Europe. Condemned for its realistic portrayal of campus life, featuring homosexual characters and sharp critiques of government and academic institutions, The Western Shore proved a costly gamble for Crane’s literary career. Although he would publish several more novels throughout his lifetime, Crane never achieved the recognition he deserved as a pioneering LGBTQ figure in American literature. Most novels of American college life focus on the nostalgia of the campus experience, the parties, friendships, and romances which accumulate to shape and change young lives, for better and for worse. In The Western Shore, Clarkson Crane refuses to look back on his undergraduate days with rose-tinted glasses, instead presenting a warts-and-all portrait of his diverse cast of characters. Milton Granger comes from a prominent family of intellectuals and academics. Carl Werner, a veteran of the First World War, struggles to obtain health benefits from the government he risked his life to serve. George Towne, a poor student and unrepentant cheater, tries not to flunk out of Berkeley for the third—and likely final—time. Perhaps most interesting of all is the lecturer Burton, an openly gay man who makes an impression on his students—Granger most of all. With a beautifully designed cover and professionally typeset manuscript, this edition of Clarkson Crane’s The Western Shore is a classic work of American literature reimagined for modern readers.