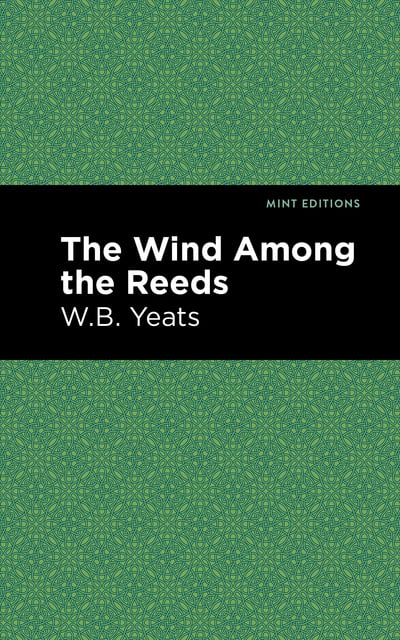 The Wind Among the Reeds

The Wind Among the Reeds

The Wind Among the Reeds (1899) is a collection of poems and plays by W.B. Yeats. Containing many of the poet’s early important works, The Wind Among the Reeds provides a rich sampling of Yeats’ poems, illuminating his influence on the Celtic Twilight, a late-nineteenth century movement to revive the myths and traditions of Ancient Ireland, while charting his developing sense of the poet’s place in history and a changing world.

“The Song of Wandering Aengus” dramatizes aesthetic and romantic longing. The poem follows a man with “a fire…in [his] head” who peels “a hazel wand,” hooks it with a berry, and catches himself “a little silver trout.” Satisfied, he returns home to light a fire and cook himself a meal of fresh fish when, suddenly, the trout transforms into “a glimmering girl / With apple blossom in her hair.” Haunted by her beauty, Aengus wanders the “hollow lands and hilly lands” in search of the girl, leaving his home and forsaking the promise of hard-earned comfort for the hope and hunger of vision . “The Song of the Old Mother,” a deceptively simple lyric reminiscent of William Blake’s Songs of Innocence and of Experience, is a brief meditation on the life of an elderly domestic worker. Rising at dawn, she ensures that “the seed of the fire flicker and glow,” preparing the home for the day ahead while “the young lie long and dream in their bed” with no sense of the nature of work. The Wind Among the Reeds, Yeats’ third collection of poems, introduces some of the poet’s most enduring characters and personas, including Michael Robartes and Red Hanrahan, who dramatize for poet and reader the moods and minds which move a creative spirit.

With a beautifully designed cover and professionally typeset manuscript, this edition of W.B. Yeats’s The Wind Among the Reeds is a classic of Irish literature reimagined for modern readers.